Winter Reminders: WINTER IS HERE! As the snow begins to fly, keep in mind these important winter reminders. Overnight parking is not permitted on streets from November 15 through April 1st.  An exception will be made 2 days before and after Thanksgiving and Christmas, and on New Year’s Eve.  (Overnight parking is from midnight to 7 am.) Parking on the street is not allowed at any time, regardless of day, when snow is visibly falling, or there is a visible amount of snow on the street and the street has not been plowed since the snow fell. Sidewalks must be cleared within 24 hours of each snowfall and all snow from your property must remain on your property and not in the gutter, street, or your neighbor’s property. Adopt a Hydrant. Please shovel around any fire hydrants near your property so they are easily visible and accessible in case of emergency. Keep your trees and shrubs trimmed so the snowplows can make their way through the city. Trees are required to be trimmed to 14 feet above the roadway and 10 feet above the sidewalk. 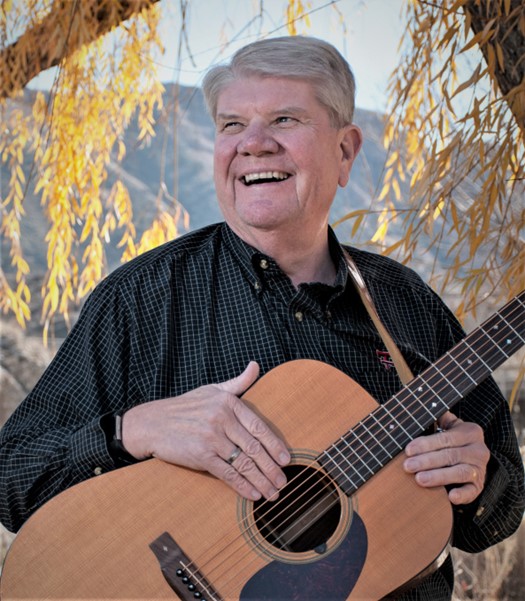 The West Bountiful Arts Council will kick off its Fall/Winter Concert Series Friday, Sept 9 at 7:00 pm, at the West Bountiful City Hall by bringing Guitarist, Songwriter, Singer Mike Murphy to the stage.

With his love for Country Western music and the guitar, it’s not a surprise to learn that Mike was born and raised in Eastern New Mexico and West Texas. He began his musical instruction at age 10 when he began playing the trumpet. At age 12 a friend introduced him to the guitar and a double love developed that he said, “Has lasted his whole life”. In 1971 while performing at a resort in Colorado his life took a major turn when he met his soul mate Sherie and they were married in 1972. After graduation from Texas Tech University in 1974, Mike was hired as band director at Viewmont High School in Bountiful where he taught band, guitar, and history.  In 1996, after 22 years as band director, he gave up the band program but continued to teach guitar and history at Viewmont where he developed a world-class guitar program and loved teaching U.S History.  Mike retired from education in 2011.  In 2007, before he retired, Mike opened his own guitar store, Murphy’s Guitars on Main Street in Bountiful and ran the store for 14 very successful years, building a landmark business and using the store to promote music throughout the community. Mike has also prospered as a singer/songwriter and has recorded and released three CD’s of his own songs, “Standing at a Crossroads”(1996), “Friends”(2000), and “Boyhood Dreams”(2010).

When asked to give an overview of his Sept 9 Concert Mike said,  “I’m excited and honored to have the opportunity to kick off the 2022-23 Concert Series for the Arts Council. The year 2021 was such an awesome year for me musically.  After I sold my guitar store, Murphy’s Guitars, I made a commitment to myself to create more original music and the result was a bunch of brand new songs, many of which I feel are the best songs I’ve ever written.  I had the awesome experience of recording the songs at the amazing Jim Funk recording studio in North Salt Lake with some of the most incredible talent playing and singing back-up vocals with me.  We produced an EP of 6 new tunes that range from Country to Christian Folk.  Three of the songs have been recognized by the World Songwriting Awards contest with my Christian entries “Whispers in the Wind” and “Long Time Comin” both receiving a top 10 award. My new Country song, “West Texas Twister” received top honors as the Best Traditional Country Song for the Spring 2022 contest period.  On the evening of September 9th I will be playing my new songs along with a few others and many of the songs from my first three albums.  Joining me on Bass will be Jason White and on percussion will be Jim Webster.  When people ask me what style of music I play, I tell them if they liked folk artists from the 70’s and contemporary artists who play guitar and sing they will enjoy what I will be playing.   I hope you will come out and enjoy a night of free live music.”