Christmas Decoration Contest: Who has the best Christmas decorations in West Bountiful??  Nominate a neighbor (or yourself) by Friday, December 16 to be considered for the Christmas Decoration contest sponsored by our local Lowe’s. The top 3 homes will win gift cards from Lowe’s. To enter, submit addresses to [email protected] or call 801-292-4486. 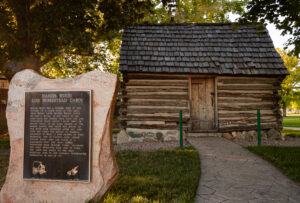 Upon his arrival in the Salt Lake Valley, James Fackrell, Sr., asked some native americans where he could find good land. They told him of a place where plenty of fresh springs and clear creeks could be used to irrigate the rich soil. Fackrell found the place and began to farm in what is now known as West Bountiful City.

Other settlers also discovered that the rich West Bountiful soil was ideal for crops and began to build permanent homes in the area, including William Muir, John Pack, and Daniel Wood. Daniel Wood built a large 6 bedroom adobe home on 80 acres on and around the current Wood Haven Trailer Park. On the Wood farm he also built a large recreation building where church, school, and civic meetings could be held, and a private school because education sources were scarce. Homesteaders were required to pay one dollar an acre in the early days from 1848 to 1855.

Cabin.  In 1870, three of Daniel Wood's sons built a homestead cabin on what was known as the Baskin Ranch. The cabin was soon moved to the Wood farm where it was used as a stable. Joseph Cotton Wood later moved the cabin to his home where he used it as a blacksmith shop. The old blacksmith cabin was one of his greatest hobbies. He invented, made, and designed many metal works, tools and machinery such as the first wheel-hoe ever used in Utah, the first wheelchair in Davis County, the steel fence around the Daniel Wood Center on 500 West, and an old plowshare. The plowshare beam and handles were made from one of the old walnut trees grown on Joseph's farm and won a gold medal when it was exhibited in the Utah State fair. He spent many nights in the cabin where his children took turns sitting on a bench blowing the billows to help keep the forge hot. The cabin was later moved to the city park by the West Bountiful Historical Commission to make room for the new interstate highway. 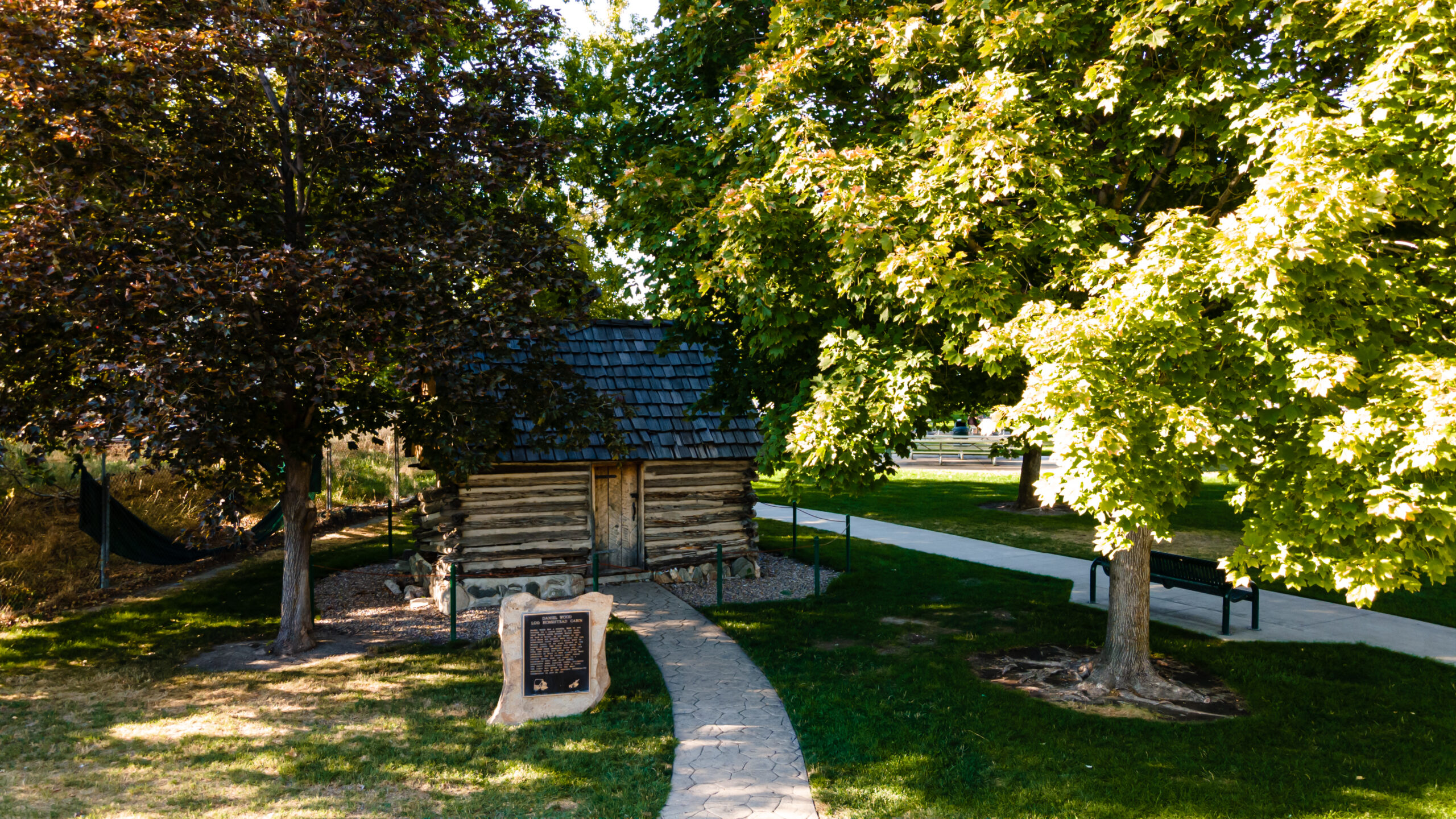 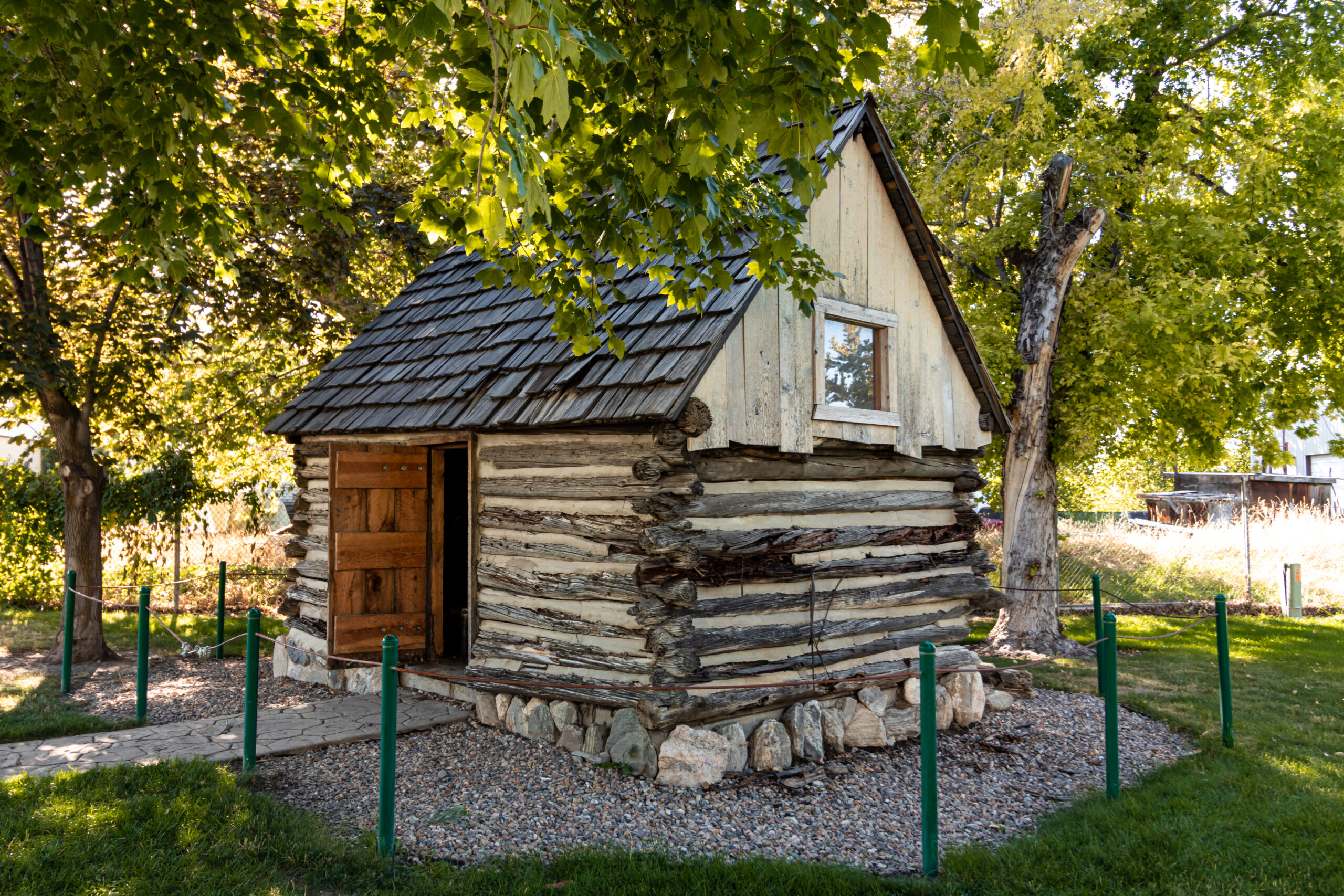 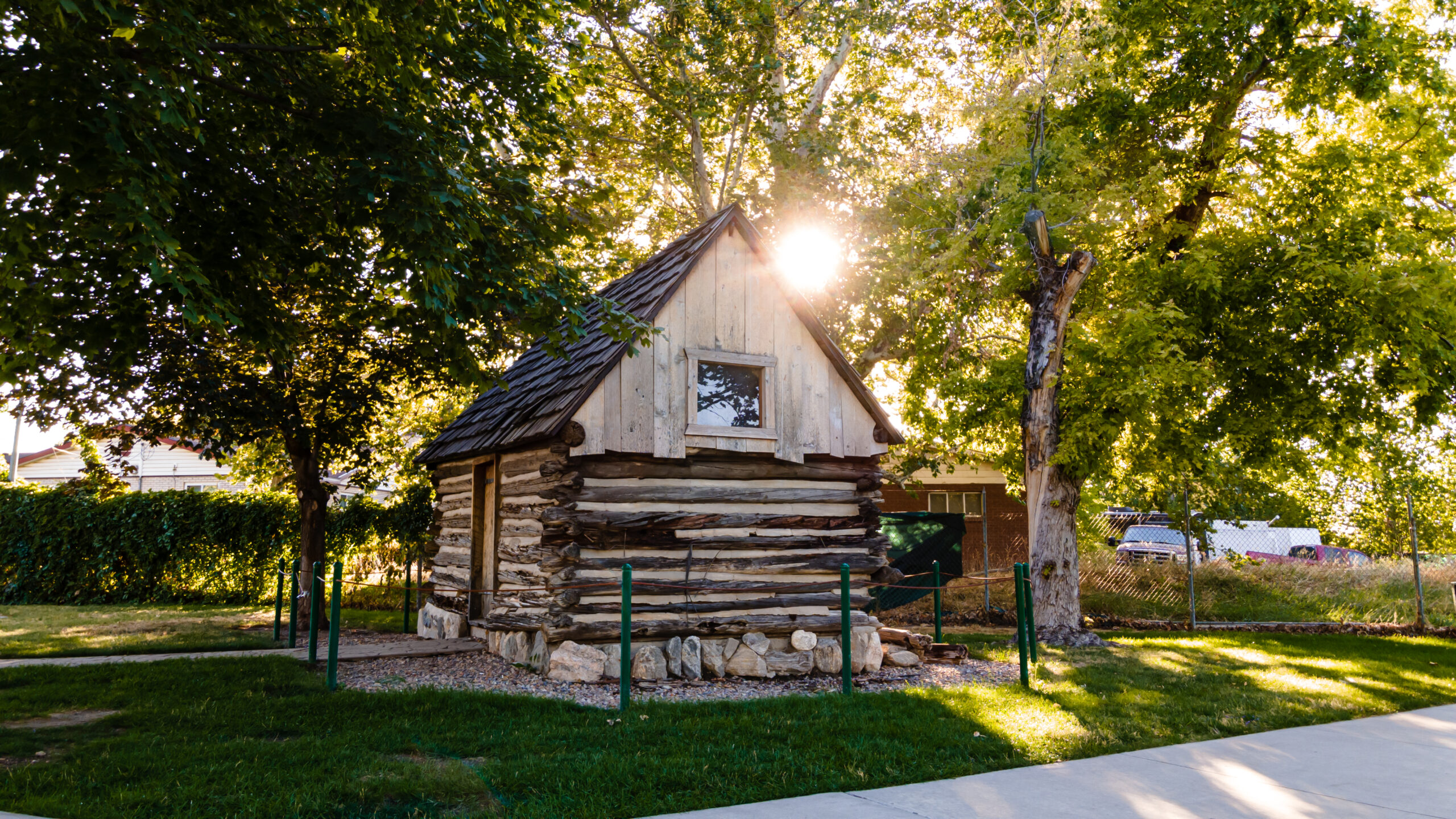 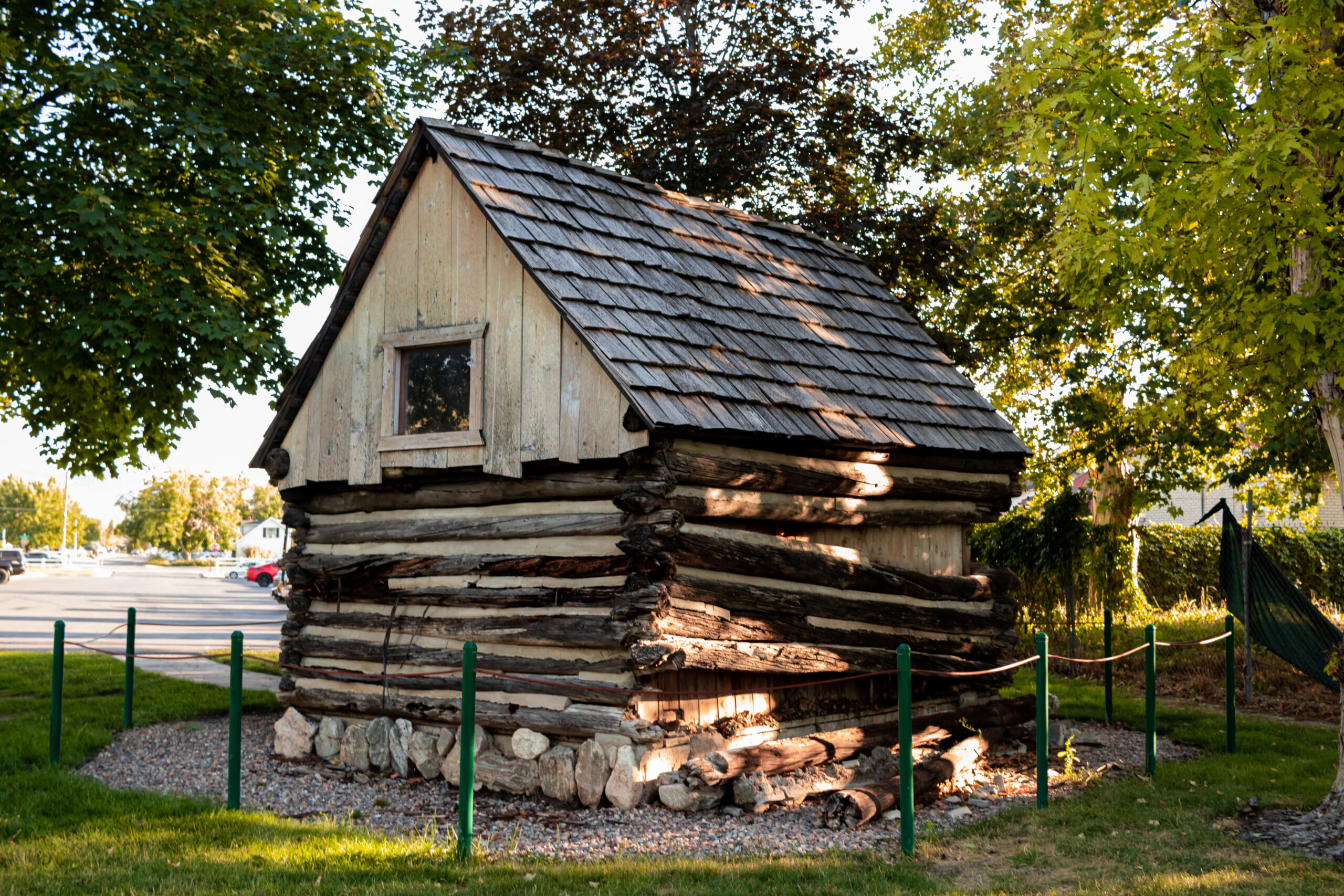 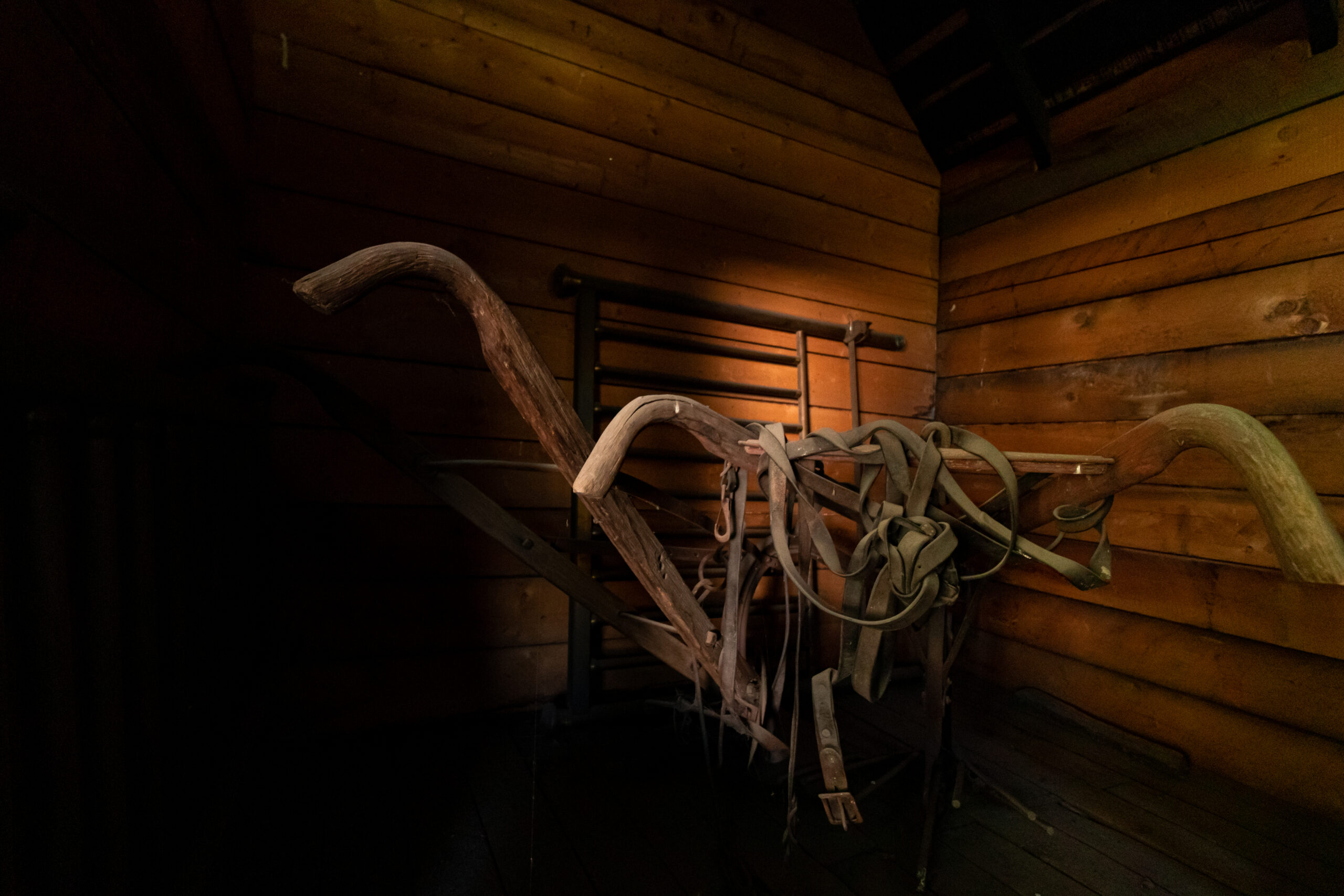 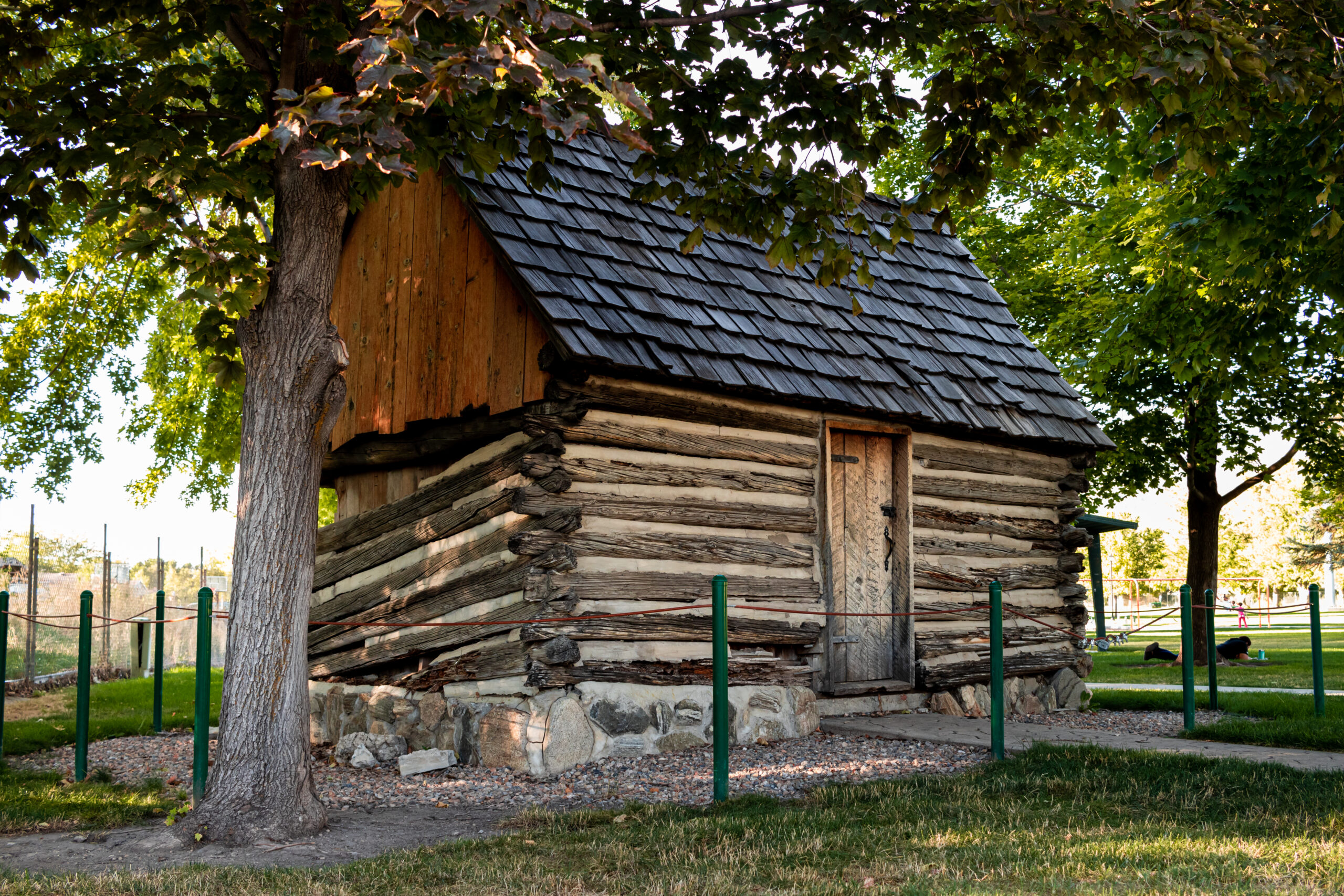 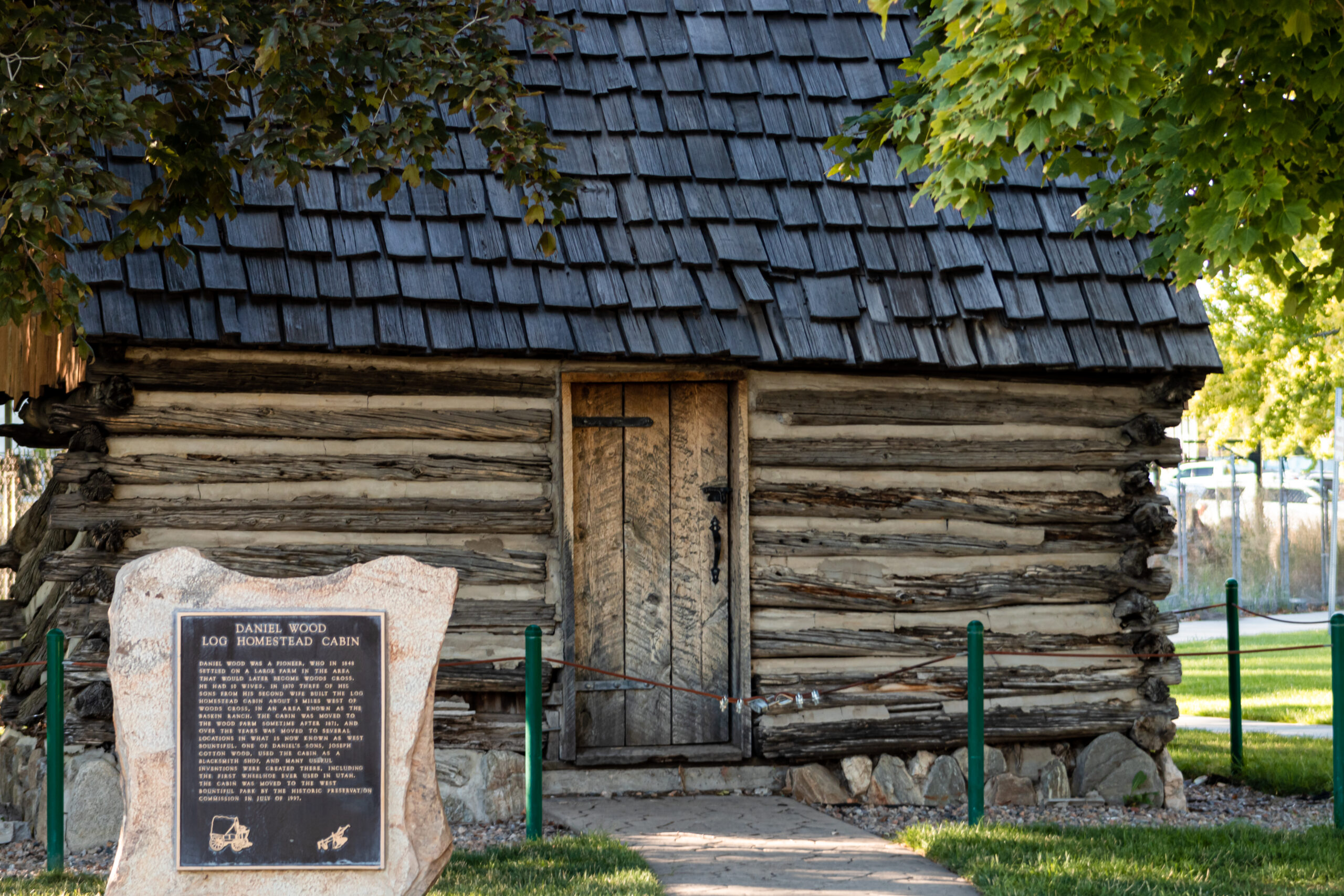 Mansions. By the 1900's, the reputation of West Bountiful had enticed several of the wealthier pioneers to build elegant homes in the area. Many of these old mansions still stand and give West Bountiful a historical atmosphere that is both charming and reassuring. The charm radiates from their Victorian and Bungalow designs. The reassurance comes from their confirmation that the past gives stability and strength to the future. 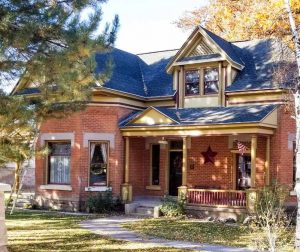 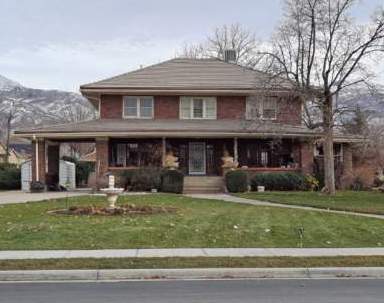 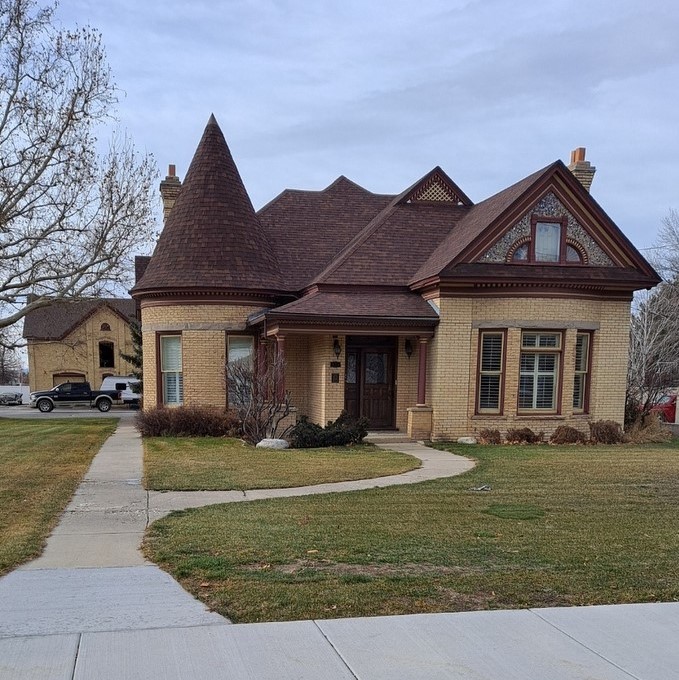 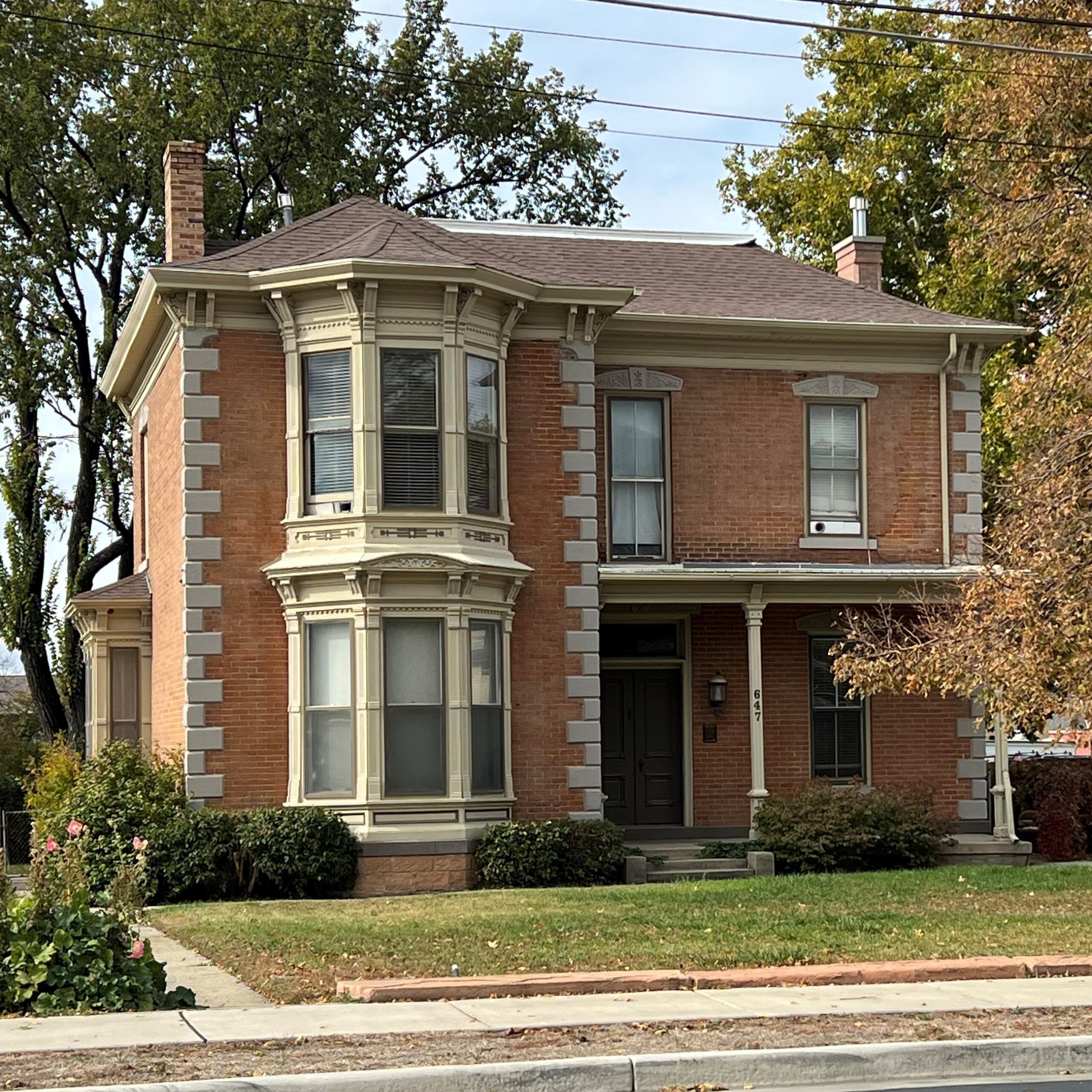 Onions. West Bountiful began as a farming community, however, early colonizers were somewhat discouraged by the appearance of the land which was described as swampy and criss-crossed by small creeks with a number of artesian wells. After considerable work, enough land was cleared and drained for planting and was found to be fertile and very productive. In the 1920's, George Mann returned home from a mission with one pound of Yellow Sweet Spanish Onion seed. 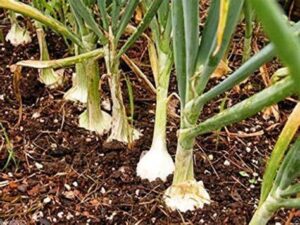 The seed was planted in West Bountiful by local farmers and before long Yellow Sweet Spanish had replaced less desirable varieties of onions. Between 1928 and 1938, 200 to 300 train loads of onions were shipped out of West Bountiful each year to major cities in the United States. Before long, the Yellow Sweet Spanish onion became the most popular onion in the United States and the street where many of the onion farms were located became known as Onion Street (800 West).

West Bountiful is a city of the fifth class and operates under a six‐council member form of government, with an elected Mayor and five Council Members. The day‐to‐day operations are delegated to a City Administrator, who works hand‐in‐hand with the mayor to ensure all city operations are well‐run. City operations include a 24/7 police department, water, garbage/recycling, streets, storm water, snow removal, community development, and engineering departments. The city has an active Arts Council and Youth City Council. West Bountiful City is part of the South Davis Metro Fire District which provides fire protection. Emergency management and pre‐disaster mitigation responsibilities are coordinated by the West Bountiful City Police Department in partnership with local citizens that are appointed to the Emergency Preparedness Advisory Committee (EmPAC). Sanitary sewer services are provided by the South Davis Sewer District. Animal Care and Control services are provided by Davis County.

The 2020 U.S Census lists the population at 5900. Residents enjoy a quiet, rural, equestrian lifestyle. Many opportunities for cultural events are provided through a monthly concert series and arts displays. Major events include 4th of July celebration, Founders' Day celebration, and special activities for Halloween, Easter, and Christmas. The city benefits from a vibrant commercial district along 500 West between 400 North and 500 South, with a variety of goods and services from restaurants and deli's to home improvement and savings club businesses. Transportation includes the nearby FrontRunner commuter rail, running since April 2008, and the Legacy Parkway to the west was opened in 2008. These were built to help alleviate the traffic load on Interstate 15 through the West Bountiful area.